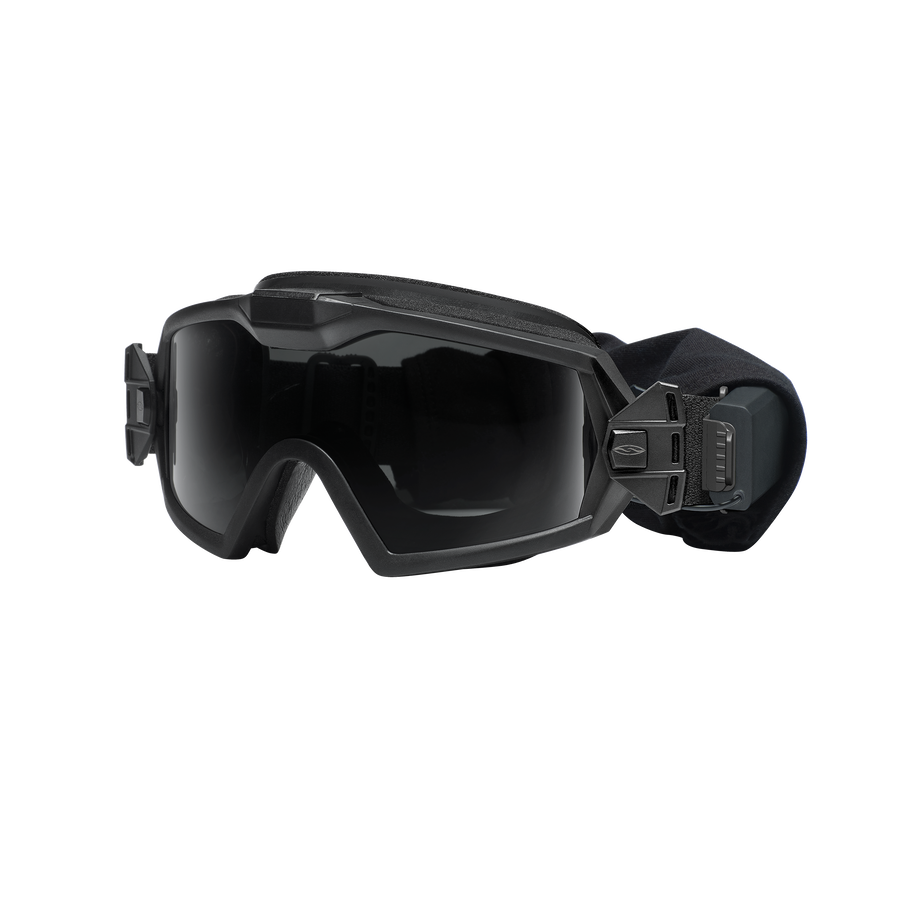 Over 30 years ago, Smith Optics introduced Turbo Fan technology. We now incorporate this fog-killing innovation in the Elite Tactical Core product line. A micro electronic fan efficiently and silently evacuates moist air from the goggle chamber to keep you fog free. Our system exhausts 50% more air volume at a 40% lower decibel level than the competition. So sweat it out. The OTW Turbo Fan will be there to keep it under control.

$180.00
Item No. OTW-TURBO-GOGGLES
5 out of 5 Customer Rating
Select Color:
Select Lens Color:
An email will be sent to you once this product is back in stock.

Powered by
4.6 star rating 7 Reviews
Write A Review
Thank you for posting a review!
We value your input. Share your review so everyone else can enjoy it too.
share
share
share
Thank you for posting a review!
Your review was sent successfully and is now waiting for our staff to publish it.
Clear All
Filter Reviews
More Filters
FILTERS Clear All
Rating
Reviews
Show 7 Reviews
Rating
Images &amp; Videos
Clear All
7 Reviews
Updating Results
Verified Reviewer
0.0 star rating
10/28/20
0 of 5 rating
0 of 5 rating
0 of 5 rating
0 of 5 rating
Review by Anonymous User
On
share ' Share Review by Anonymous User facebook facebook Share Review by Anonymous User twitter twitter Share Review by Anonymous User LinkedIn linkedin Share Review by Anonymous User
10/28/20
Was this review helpful? 0 0
A
Airsoft O.
Verified Buyer
5.0 star rating
07/19/18
Top of the line
Review by Airsoft O. on 19 Jul 2018 review stating Top of the line
Without buying a pair of high end goggles you will struggle to enjoy your time on the field. Before investing my money in the Smith Turbo Fan goggles I was having terrible fog issues with my $20 pair. After playing five outdoor games with these goggles I have not had a trace of fog. No matter the outdoor temperature or how hard you work, the tiny fan at the top keeps the air flowing. The low profile is perfect for use with any helmet, including PASGT or LWH systems. If you do not wish to wear a helmet the strap can be adjusted to fit anyone. Battery life is excellent even when the fan is running on high; I still haven't had to change them. Even so I keep an extra set of AAA battery's on me. When on low, the fan is extremely quiet, and if you have any fog issues on low you simply have to reach behind you and set it to high for a few minutes to clear it out. The lenses are more than enough to protect you from any BB regardless of weight and velocity (so long as they are 6mm airsoft). The battery compartment is protected by a rubberized housing that will sustain all impacts while also keeping dust and rain out. After you are done on the field, you can slip the cover over the lenses and zip them back in the small brown Molle pouch included. The fit is a bit narrow, but can be worked around. I didn't like the way the strap tightens due to the attached battery compartments either, but on helmets there's no slack so that works for me. Despite the high price tag, I can assure you that you will not be disappointed with your purchase. There are no better goggles than Smith.
On OTW Turbo Fan
share ' Share Review by Airsoft O. on 19 Jul 2018 facebook facebook Share Review by Airsoft O. on 19 Jul 2018 twitter twitter Share Review by Airsoft O. on 19 Jul 2018 LinkedIn linkedin Share Review by Airsoft O. on 19 Jul 2018
07/19/18
Was this review helpful? 2 1
L
Laura R.
Verified Buyer
5.0 star rating
08/01/17
AWESOME!!!
Review by Laura R. on 1 Aug 2017 review stating AWESOME!!!
I play Airsoft in the FL panhandle and my first time out with these and it's a slight drizzle with and the hot summer heat. So basically 100% humidity combined with running around and pouring sweat down the forehead.

My largest issue with Airsoft has always been goggles fogging up.

By the end of the day, everyone was jelly over my goggles because they could just look at me and see that mine weren't fogging up all day.

The look of jealousy on your friend's face when he realizes you are way more high speed than him.... priceless....

I do search and rescue in Papua New Guinea and it is extremely hot and humid here. I have had no issues of fogging. The fan can be a little touch and go, but not fogging out weighs the minor issues of the fan stopping sometimes. And that could also be the button accidentally being pressed.

I'd love to see the fan on the &quot;lo-Pro&quot; version of these goggles

The fan is super quiet, and you can feel a nice cooling breeze within the goggle when it's moving, exhausting facial moisture, but because it's so quiet, you can't even tell when the fan stops, and without realizing it, the lens is suddenly condensating. Once that moisture drips, there is not much you can do other than take them off and try to wipe out the lens to be able to see again.

The edge material that sits against your face is super comfortable, and the fit is nice.

Swapping lenses is easy enough as the snow goggles once you get a little practice.

I called Smith and they offered to replace it again, but as the flawed design has not been updated, I'm just going to hold off replacing it until they update it, supposedly this Fall. So at this point, I can't really recommend getting them until the electronic design is fixed, as the non-fan version is basically just as good at this point.