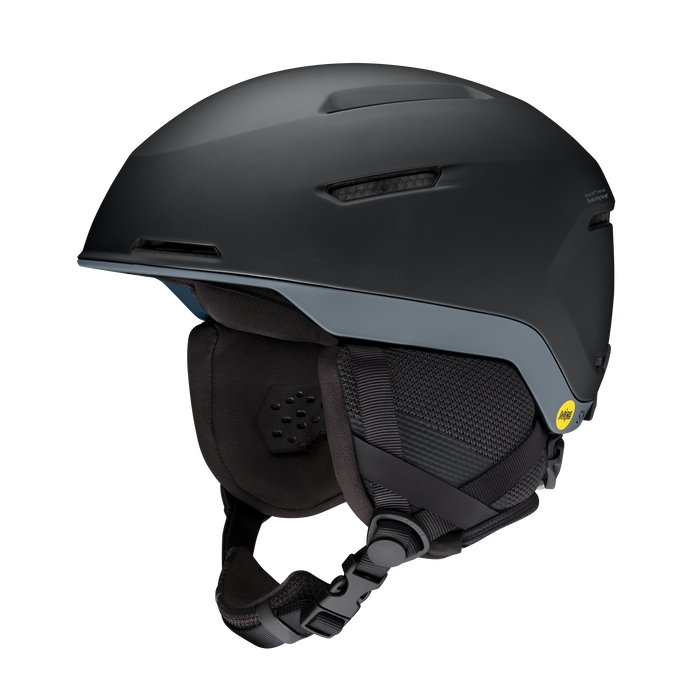 ⓘ
Item No. ALTUS-MIPS-HELMET
4.4 out of 5 Customer Rating
Select Color:
Select Size:
Size Chart
An email will be sent to you once this product is back in stock.

You love a good storm day as much as carving under blue skies. The Smith Altus ski and snowboard helmet lets you adjust the venting on the fly to match the weather conditions and your output. Of course, it brings safety innovations including zonal Koroyd® and MIPS® for the confidence to get after it in any snow conditions, too. It's light enough for backcountry missions and cuts a classic profile. 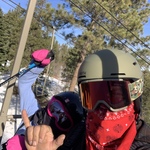 Not only that but it’s very light weight, comfortable, and I have a white one so stylish. Super happy with this helmet! 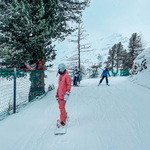 Sure, an IPA or two might help with the headache, but wouldn't it be better to feel so protected you actually potentialize landing on your skull would be safer than using those weak and feeble legs you walk on since you currently have no she/he shredders to ride with (you don’t have that syndrome you think you have, muscles mainly atrophy instantly after non-use)? It's simply human nature to turn away someone before gently placing someone (you) under their wing when there's this (hopefully) dope person but they have a half-scratched-off SpongeBob sticker of a to-be-future meme where he's ripping his shirt off before the famous scene where he is in a WWF wrestling match with HIS REAL HOMIE Patrick. We get it, the sticker was seemingly impossible to try to take off, you've had it since you were twelve and removed some of the padding so the Krusty crumbling cap you wear will somewhat fit; the lifties have heard it all 10 times too many. Nervously explaining it to them every time you fumble onto the red “stop here” plastic pad doesn't help your position.

Now to the point, have you ever felt mother nature's warm-chicken-noodle-soup-Sprite-combo-when-you-were-9-with-a-mom-who-thinks-you-invented-it-cold-so-..embrace of 14 g's of badass boomers 47 minutes after chugging a lemon juice cocktail of their powder you put into the coffee grinder and soaked for 21 minutes? Imagine that, along with the feeling an F-14 fighter pilot gets when putting on his U.S. Military issued $1.3 million lid before taking his 14-year-old niece for a joy ride while the government pays for the gas (yes, we're all hurting from the rise of gas prices, but you don't have a car because you're life is in shambles from the embarrassment you currently are to anyone who has a well-working-brain, which you obviously might not have anymore, so the fuel-cost-frenzy doesn't matter to you. [Ever done an MRI of that pile of an excuse for a cranium, BTW?]) because the pilot can 'cause he's THAT bad of a fucker? Well, eat a big ‘ol baggie ‘o boomies (figuratively speaking) so you get where I’m going with this and can understand the importance of the sheer universe-shattering comfort you get when the near 360-degree adjustment system hugs your head so nice you can straight-line a mogle section, dodge a mother moose, and still have a field of vision since your helmet didn’t move after taking your hoodie hood off since you were sweating from the recently closed vents (don’t forget to open your vents [but you don’t need to because this liner is antimicrobial, so you won’t stink like Brian whom you sat next to on the gondola who has been playing League of Legends 7 hours a day without showering or taking off his ski boots after averaging 3.2 greens a day while on his bi-annual family vacation to Vail]).
Let’s be honest, you want that hug, you want that feeling you can send anything with the reassurance the doctor will fix up your limbs (you can’t laparoscopically fix multiple severe concussions, but they might be able to scrape up a new scrotum for you since yours is withering away due to not launching any new sick hits). Technology has arrived, and Smith is offering a present containing your future mental health status, will you accept the gift they are bearing to the general public? If you want people looking at you because you look straight pro with the fly AF steaze factor, beg your mommy for an Altus and appreciate it when she apprehends one for your soon-to-be-rad ass.
On Altus MIPS Helmet
share ' Share Review by spencer k. on 4 Apr 2022 facebook facebook Share Review by spencer k. on 4 Apr 2022 twitter twitter Share Review by spencer k. on 4 Apr 2022 LinkedIn linkedin Share Review by spencer k. on 4 Apr 2022
04/04/22
Was this review helpful? 0 0
T
Todd G.
Verified Buyer
5.0 star rating
Passion: Snowboarder
Pro/Expert Status: Yes
Likeable Features: Quality
Age: 45 to 54
03/10/22
Passion: Snowboarder
Pro/Expert Status: Yes
Likeable Features: Quality
Age: 45 to 54
Customer service
Review by Todd G. on 10 Mar 2022 review stating Customer service
I had to get a replacement helmet and Smith honored the warranty and sent me a new helmet. Great customer service!
On Altus MIPS Helmet
share ' Share Review by Todd G. on 10 Mar 2022 facebook facebook Share Review by Todd G. on 10 Mar 2022 twitter twitter Share Review by Todd G. on 10 Mar 2022 LinkedIn linkedin Share Review by Todd G. on 10 Mar 2022
03/10/22
Was this review helpful? 0 0